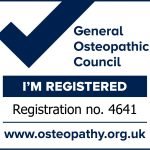 Preston Lee, the Chalfont St Peter Osteopath (also based in Chalfont St Giles), utilises his Osteopathic diagnostic and physical therapy manual skills, along with Acupuncture, Cranial and Classical Osteopathy, Bowen Technique, Deep Massage, Acupressure, and Chinese Reflexology to achieve the aim of getting the patient relief from pain or discomfort as fast as possible.

The Chalfont Osteopathic Practice aim is to help you recover and to keep the problem away as much as possible.

The consultations are not hurried, we take our time (first consultation is one hour and follow up sessions are up to 40 minutes long) and we will explain what we diagnose the problem to be.

Preston Lee, the Chalfont Osteopath, with over 17 years qualified practice experience, always gives value and the patient will always feel his approach is professional, safe, not rushed, well explained, and that a dialogue is maintained to monitor progress and suitability of treatment.

Preston Lee has always used this approach throughout his osteopathic career to great success such that he still has clients visit his practice in the Chalfonts from his last practice in South West London and even overseas.

Preston Lee, the principal registered osteopath, graduated in 2001 from the British School of Osteopathy and is a previous lecturer and tutor at the Institute of Classical Osteopathy, where he gained his post graduate diploma. He has an holistic approach to health and practices Classical and Cranial Osteopathy.

Preston has continued his professional development with post graduate studies in Paediatric Osteopathy, Cranial Osteopathy, along with Medical Acupuncture. His passion is with the holistic approach of “traditional, classical” osteopathy, which gets to the root of the problem and the treatments are for the whole body.

He also has good results working with the Bowen Technique, which is a very gentle soft tissue technique, for which he is well sought after. He believes this to be a very useful technique to add to his numerous osteopathic techniques used in his daily practice.

Prior to graduating as an osteopath as a mature student, Preston was a qualified accountant for over 15 years. He eventually gave this up to travel and whilst traveling, Preston found himself taken on as an apprentice by an acupuncturist and ended up working in a health clinic in Taiwan practicing Chinese Reflexology and Acupressure. Quite often, working on the feet reflexes have helped patients enormously to turn their symptoms around and has proven to be a good balancing and relaxing treatment.

He also has a strong interest in the body and the way it works generally and the maintenance of Health.  He has examined “core stability” exercise work having practiced Pilates to an advanced level, and combining this with his knowledge of Tai Chi and Martial Arts and how the human body functions, which all helps with postural correction.

Preston ran a successful osteopathic practice in South West London in a GP practice before moving to Chalfont St Giles in 2005 to settle and begin married life in a quieter part of the country. He and his wife got married in the local church in St Giles and are now both kept very busy with two young sons, a strong, healthy, 11 and 7 year old boys (at time of writing).

He is devoted to his practice to be of service and be able to help people with  their aches and pains and stresses and strains.and finds it an immense privilege to do so. “One can change a persons quality of life”.

He takes a little more time with patients than other therapists to ensure a quality outcome is achieved and his fee is kept low (relative to others in the area). ” My teacher and mentor, Mr John Wernham,  always told me “it is better to treat a thousand paupers rather than one prince!””

Preston studied closely with Mr John Wernham, who was the principle of the Institute of Osteopathy and is well regarded around the world as a true pioneer in osteopathy. Mr Wernham was still practicing osteopathy at the grand age of 99, which Preston intends to emulate!

Preston also emphasizes that the patient should always choose a health practitioner that suits them, that has the right feel, “on the same wavelength” as this is most important, but most important of all “They must get the job done and you must feel like something is working and that you are actually getting better!”. 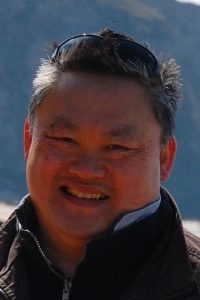